Napoli was better as a team and went ahead twice, but the individual quality of the Argentine in the 93rd minute prevented him from winning in Paris and gave up the lead

The Paris SG walks in Ligue 1 but suffers in Europe. A goal by Ángel Di María in the third minute of injury avoided a defeat against Napoli in the Parc des Princes (2-2), which would have complicated his continuity in the Champions League. The ‘azzurri’ deserved the triumph for their collective game, but they give up the leadership of the ‘group of the death’ when adding 5 points, while the Liverpool, that thrashed the Red Star (4-0), surpasses him with 6. The team by Thomas Tuchel remains third with 4.

If a year ago he fit a painful 3-0 that led to his dismissal at Bayern, today Carlo Ancelotti regained his credit on his return to Paris to measure his exequipo team. He was about to take a personal revenge and in the end the tie leaves the backs in high.

Scare of Neymar nothing else to begin

Neymar started the match badly because in the first minute he received a fortuitous kick from Edinson Cavani in the left foot when going both to the auction and the alarms went on. The Brazilian retired limping and, after being treated, he rejoined. The fans breathed a sigh of relief at the fear of a new crack injury, but PSG, except in the initial quarter hour, was at the mercy of a Naples who gave him a bath in the first half.

David Ospina only had to intervene before an arrival of Edinson Cavani (17 ‘) before little by little the’ azzurri ‘, well placed behind, left their plot, playing in the middle with a toned Fabian Ruiz and arriving with danger. Dries Mertens, when finishing off the first striker a low center of Mario Rui, already had the 0-1 (21 ‘). Lorenzo Insigne did score in the half hour. José Callejón saw his unmarked and the Italian stung on the exit of Alphonse Areola.

PSG, surpassed by the great collective game rival, depended on their trident, who only exceeded the pressure with a pass from Neymar to an off Kylian Mbappé, but Ospina avoided the 1-1 by covering his shot.

At halftime Thomas Tuchel left Juan Bernat in the booth, gave Thilo Kehrer entrance to play with three centers, Neymar delayed his position in the middle and PSG improved. Thomas Meunier headed to the crossbar (51 ‘) before the local thrust obtained revenue with an own goal by Mario Rui when he deflected a cross from Meunier (61’).

Napoli spent its worst moment controlling a very individualist Neymar who insisted on entering the center and scored again when firing Mertens after the rejection of Marquinhos in a shot from Fabián Ruiz (77 ‘). Already without the retired Cavani, lazy before his team, the PSG lacked ideas. A lack of Neymar who repelled Ospina was his only recourse before Di Maria saved the furniture with a goal by threatening the squad. The individual quality prevented the triumph of a much better Naples as a team. 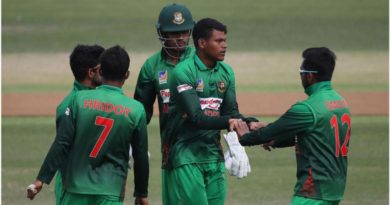 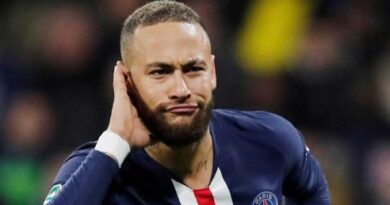