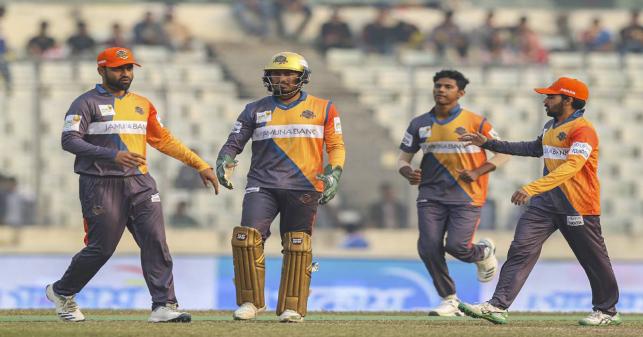 A hurricane innings of 34 runs of 14 balls by captain Mahmudullah Riyad enabled Chattogram Challengers to stay in the title race of the Bangabandhu Bangladesh Premier League (BPL) eliminating Mashrafe-led Dhaka Platoon by seven wickets in the eliminator at Sher-e-Bangla National Cricket Stadium on Monday, reports UNB.

Replying to Platoon’s 144 for eight in 20 overs, Challengers romped to the target in 17.4 overs losing only three wickets on the back of some blistering knocks from their top-order batsmen.

Chris Gayle and Ziaur Rahman put up 42 runs in the first wicket stand. Ziaur smashed 25 off 12 balls with three fours and two sixes before falling prey to Mahedi Hasan.

In the second wicket, Imrul Kayes and Gayle added 49 runs. Imrul was dismissed by Pakistan spinner Shadab Khan after scoring 32 off 22 balls with one four and three sixes- two off Mashrafe Bin Mortaza.

Gayle could not take his team home as he fell for 38 from 49 balls with one four and two sixes punctuating his rather sedate knock. He was sent back to the pavilion by Shadab when Mashrafe took a spectacular one-handed catch at fine leg.

Mashrafe played this game with 14 stitches on his left hand due to a blow he had sustained in the last game.

Earlier, Challengers won the toss and sent Platoon to bat first, who lost three wickets inside the powerplay. Tamim Iqbal fell as the first batsman scoring only three off 10 balls. Before posting 50 runs on the board, Platoon lost four more wickets and were reeling at 43 for 5 in 8.5 overs.

After Tamim’s dismissal, the next four Platoon batsmen contributed only seven runs with three of them- Anamul Haque, Luis Reece and Jaker Ali getting a duck each. Mahedi Hasan scored seven runs.

However, the number seven batsman, Pakistani spinner Shadab Khan, hit an unbeaten 64 off 41 balls with five fours and three sixes to take Platoon to a below-par total of 144 for eight in 20 overs. Riding on the cavalier batting effort of Shadab, Platoon scored 51 runs in the last three overs of the innings.

Sri Lankan all-rounder Thisara Perera scored 25 off 13 with three fours and one six to help Platoon’s cause.

Emrit bagged three wickets conceding 23 runs in four overs, while Rubel Hossain and Nasum Ahmed took two wickets each. Emrit was later adjudged the man of the match for his decisive bowling effort.

Before winning the Eliminator and marching to the final, Challengers won eight of their 12 league phase games. Platoon, on the other hand, had reached the playoff as the fourth team winning seven games out of 12 in the league phase.

Challengers are now set to face the losing side of the Qualifier 1 (between Khulna Tigers and Rajshahi Royals) in Qualifier 2 on 15 January at Sher-e-Bangla National Cricket Stadium at 6:30pm. 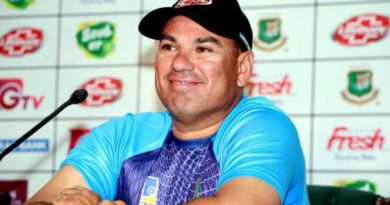 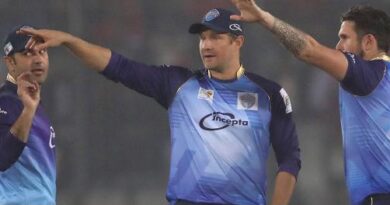 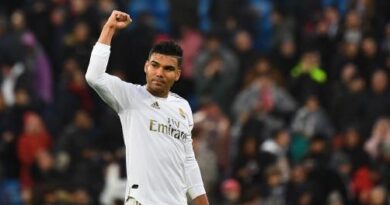