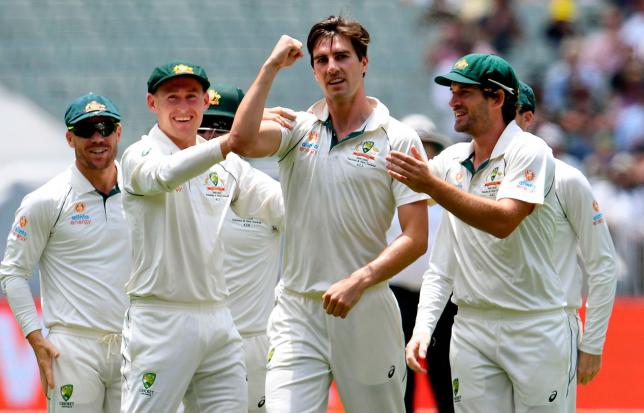 New Zealand collapsed under an unrelenting Australian pace barrage led by Pat Cummins Saturday to be all out for 148 and in danger of a big defeat at the second Test in Melbourne.

The visitors began the day in trouble on 44 for two in reply to Australia’s 467, having lost batting kingpin Kane Williamson and makeshift opener Tom Blundell in a fiery bowling spell late Friday.

They didn’t last long with world-class bowling from Cummins, James Pattinson and Mitchell Starc destroying the middle order to leave them 319 runs adrift on day three. Australia could have enforced the follow-on, but opted to bat again.

Opener Tom Latham offered the only resistance, surviving 144 balls in a dogged 50 before he too succumbed to the Australian fast-bowling machine.

The world’s number one bowler Cummins was the chief destroyer, ending with 5-28.

New Zealand needed a result at the Melbourne Cricket Ground to keep the three-Test series alive after being crushed by 296 runs in the opening day-night clash in Perth.

They resumed with Latham on nine with Ross Taylor on two, but had a disastrous morning session and went to lunch at 102 for six, before Australia finished the job.

The experienced Taylor was removed in just the third over and Henry Nicholls followed for a golden duck as they crumbled under consistent pace and accuracy.

Cummins was virtually unplayable, with Taylor getting an edge to a searing delivery on four. Marnus Labuschagne juggled the slip catch and Joe Burns grabbed the ball.

A stunned Nicholls was then out lbw after unsuccessfully reviewing the decision, before BJ Watling nervously managed to defend Cummins’ hat-trick ball. 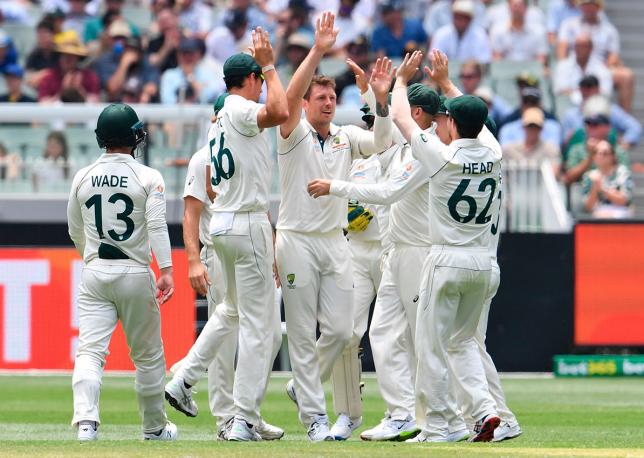 At the other end Pattinson, playing for the injured Josh Hazlewood, was equally menacing and Latham should have gone the next over, but a diving Steve Smith put down a slip catch he would normally hold.

Pattinson soon got his reward with a rising ball catching Watling’s glove and Burns taking an easy catch to leave them at 58 for five.

New Zealand staged a mini recovery before Starc also got in on the action, having Colin de Grandhomme caught in the gully by David Warner for 11.

Mitchell Santner was lucky to survive a review decision before scoring after he was caught at gully by Travis Head off a Starc bouncer.

Australia was convinced he was out and replays clearly showed it skimmed off the wristband of his glove, but third umpire Aleem Dar deemed it inconclusive and Santner remained.

Latham brought up his 16th Test half-century before he got a thick edge to wicketkeeper Tim Paine off Cummins, and once he was gone Australia quickly wrapped up the tail.

A Head century and 79 from Paine took the game away from New Zealand in the session between lunch and tea on Friday with former New Zealand captain Brendon McCullum slamming his team’s tactics, claiming they “rolled over”. 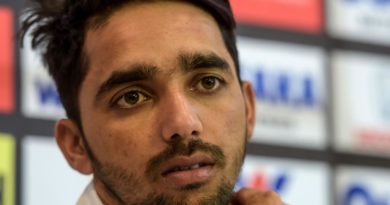 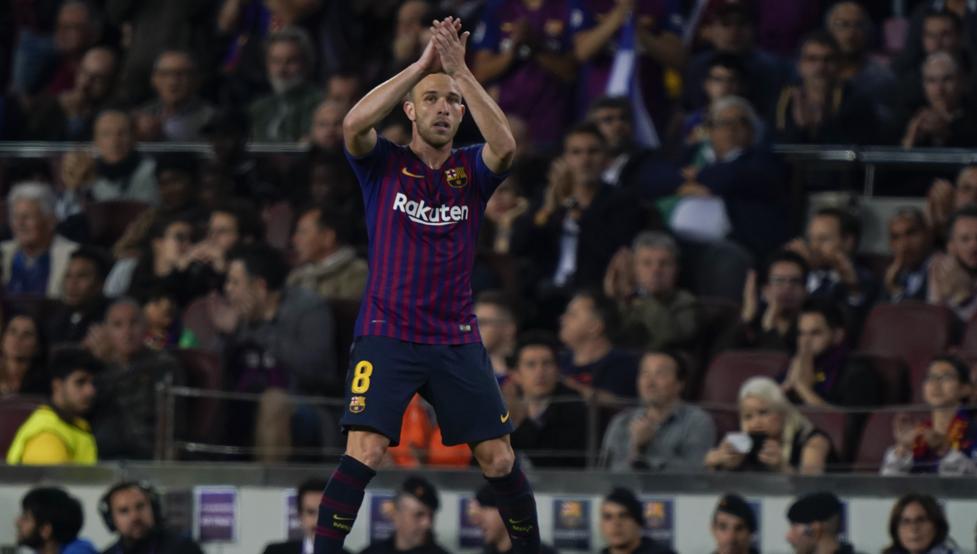 The Camp Nou falls in love with Arthur 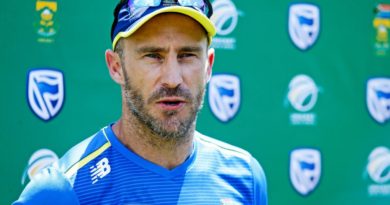