Real Madrid were left to rue a series of near misses Sunday as they stumbled to a 0-0 home draw with Athletic Bilbao, dropping two points adrift of Barcelona in a tight Spanish title race.

Real also drew 0-0 in midweek at Barcelona but Sunday’s result leaves Madrid on 37 points at the half-way stage of the season, two points off Barcelona who top the table on 39.

Toni Kroos hit the bar, Karim Benzema saw an effort cleared off the line with a back-heel and both Rodrygo and Vincius Junior forced snap saves on a frustrating night for Madrid.

Real defender Eder Militao was forced off after being poked in the eye and his replacement Nacho Fernandez also hit thje woodwork.

“It was neither bad luck nor complacency,” Zidane said after the game.

“There’s no reason to get depressed about this, we need to keep calm and keep our heads up.”

“We created lots of chances and if we keep going then they’ll start going in.

“I feel sorry for the players. It would have been nice for them to get more; three points from three games isn’t great.”

For Bilbao, Kenan Kodro’s thunderbolt shot was ruled out for off-side in the first half while the Santiago Bernabeu lived on its nerves when Athletic flooded forward deep into added time with Asier Villalibre almost clinching a winer at the death.

Barcelona go into the brief Spanish winter break on top of La Liga after a glittering show led by Lionel Messi saw the defending champions beat Alaves 4-1 on Saturday.

Messi hit his 50th goal of the year with Antoine Griezmann, Luis Suarez and Arturo Vidal also on target.

Sevilla are third on 34 points after their 2-0 win at Real Mallorca.

Earlier Sunday Angel Correa came off the bench to score one and make another as Atletico Madrid climbed back into the top four with a 2-1 win at Real Betis.

Fighting spirit
The red-and-white half of Madrid were in the doldrums after a home defeat to Barcelona a month ago but have since qualified for the Champions League last-16 where they can savour the chance of measuring themselves against Liverpool.

European champions Liverpool travel to Madrid in February for the Champions League first leg match and will have noted the commitment inspired by Atletico’s feisty Argentine coach Diego Simeone.

“Correa showed what he’s made of today, we’ve been training him hard. He put on good pressure to get the first goal and a nice pass for the second,” said Simeone.

“But I was just as pleased to see him fighting for the win right at the end, when the team needed him.”

The goals all came after the break as second-half sub Correa came on for struggling France international Thomas Lemar on 56 minutes and scored with his first touch of the game to set Atletico on the road to a third straight win.

It also ended five straight away draws for Atletico, who have managed just 20 goals in the first half of the season since they sold Griezmann to Barca in the summer. 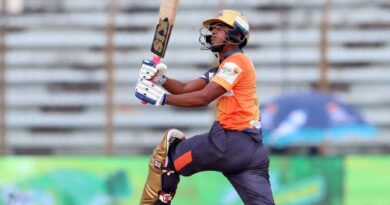 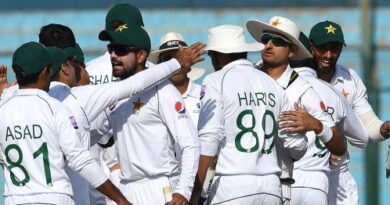 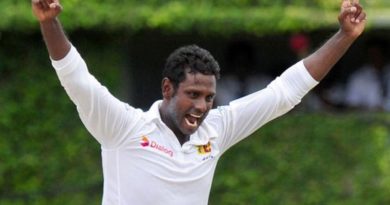