Manchester United collapsed to a humiliating 2-0 defeat against Premier League bottom side Watford on Sunday after a David de Gea howler, bringing their recent revival to a shuddering halt.

Not even the returning Paul Pogba, on as a second-half substitute, could save his misfiring team, who again struggled to impose themselves against one of the league’s lesser lights.

The key moment in the match came in the 50th minute when De Gea somehow allowed a tame, spinning effort from Ismaila Sarr to creep through his hands and in at the near post.

Watford doubled their lead four minutes later when Troy Deeney fired home from the penalty spot after the otherwise impressive Aaron Wan-Bissaka brought down Sarr with a misjudged sliding tackle.

Nigel Pearson coaxed a battling performance from Watford in his first home game in charge and they deservedly won just their second league match of the season to give themselves hope of survival.

There was no hint of the drama to come in a largely uneventful first half.

Anthony Martial scuffed a shot wide as United, backed by vocal away support, enjoyed the bulk of early possession while Watford looked a threat when they came forward.

The home side had the ball in the net, but the goal was ruled out for a foul on De Gea.

United continued to probe, looking for openings against an organised Watford team but struggled to find the attacking threat they had showed in recent wins against Tottenham and Manchester City.

They looked certain to take the lead in the 34th minute Jesse Lingard was clean through on goal but the midfielder’s chip landed on the roof of Ben Foster’s net.

Towards the end of the first half Watford enjoyed a sustained spell of possession but the teams went in at 0-0.

But the game slipped from United’s grasp early in the second half.

Will Hughes sent a free kick into the area and the ball fell to Sarr, who did not hit it cleanly but somehow the ball wriggled through De Gea’s gloves.

United did not properly recover before Wan-Bissaka’s foul enabled Deeney to make it 2-0 from the penalty spot.

Solskjaer threw on Mason Greenwood, Pogba and Juan Mata in a desperate search for some inspiration.

But they could not find a way through and will head north for Christmas in low spirits.

United have notched up some memorable results against the traditional top clubs this season, beating Chelsea, Tottenham and Manchester City and drawing against Liverpool.

But they have struggled badly against some of the sides lower down the table and this result could be potentially fatal in their bid for a top-four spot.

The win for Watford lifts them to 12 points, level with 19th-placed Norwich, but still six points from safety. 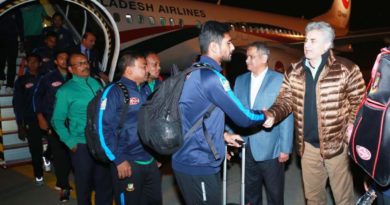 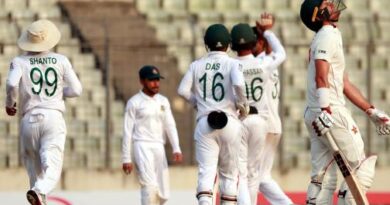 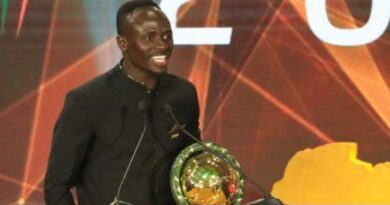